Get fresh music recommendations delivered to your inbox every Friday.
We've updated our Terms of Use. You can review the changes here.

DRAGONBALL Z ON A MACBOOK 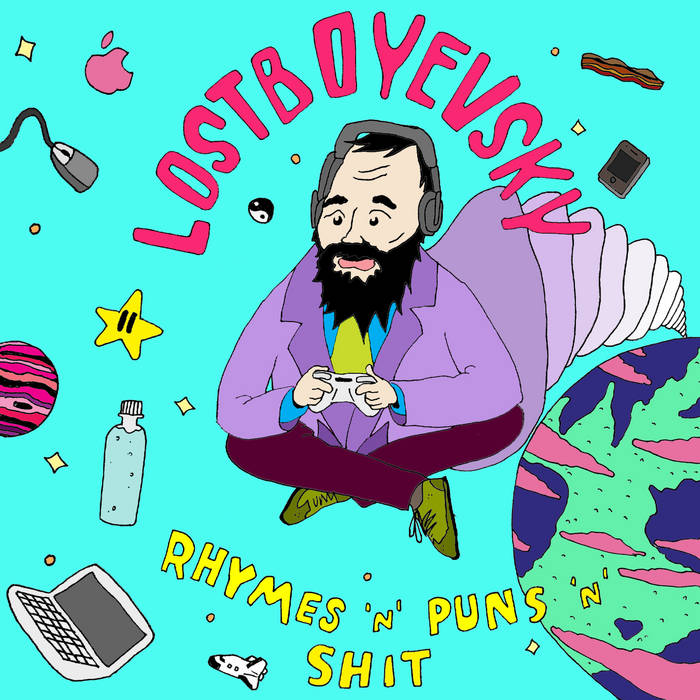 I'm drinking beer, watching Vegeta fight Kid Buu
Shit's beautiful like El Prado; that's in Madrid fool
Lost boy, a joker who plays super metroid
Why you so serious like Cell if he had hemorrhoids hah
Move through a strange place where water's branded
Dabble in cryptic language, ponder the sanskrit
Life too momentary to miss out on delicious sleep
Prefer dreamscapes; you don't know the one-sixteenth
Hah, that's one half to the fourth power
Aim to use rhyme to erect my own Korin tower
Sometimes feel I live in a Macbook
have you seen the stars? jumpin' jehosaphat, look!
It's like Shenron skeeted on the night sky
But shout to modems, routers, and reliable wi-fi!
I'm building a doomsday device out of LEGOs
And commissioning a stegosaurus to tow my winnebago
Plans to go Rufio somewhere over the rainbow
Eat a bagel and shudder at thoughts of John and Jane Doe
Word, maybe I could be an eternal Gohan
Child-mind chilling on a marble that floats bra

Love the Internet, but most of it is pretty vapid
Often rap naked, but pics or it didn't happen
Hope I can still act ridiculous as a geezer
See me being iconic and a little off like Pisa
Also looking foolish and plotting schemes like Freeza
Or maybe those Namekians who thought up Giza
Like who the hell decides to construct a pyramid?
People are surreal, from Saiyan to Puritan
On my iPhone listening to Why? - Fatalist Palmistry
Murmur the song on my palm until they coffin me
Channel Master Roshi to see through the flim flam
And compose musical stimpacks like the kid Dan
You know, the 3030 Automater?
I know no things; moon brain full of fatal craters
Can you believe whales subsist off of krill, man?
Sometimes I feel inadequate like Krillin
Lightspeed world sometimes irritates me
But then other times feel right like Super Saiyan 3
I don't know, man, it's simulation and illusion
But remain calm and fornicate with your confusion

Zoinks, zensu beans on a Macbook
Woah, ghost of Steve Jobs, Macbook
Damn, we could all be connected by Macbooks
Wow, I think I love you, Macbook

Dude, Internet snake way on my Macbook
Man, Apple corporation, Macbook
1,000 US dollars for a Macbook
Wow, I think I love you Macbook

("I love you too, LOSTBOYEVSKY" [female robot voice])

Bandcamp Daily  your guide to the world of Bandcamp

Guests John Beltran and Kim Myhr walk us through their magical musical adventures.